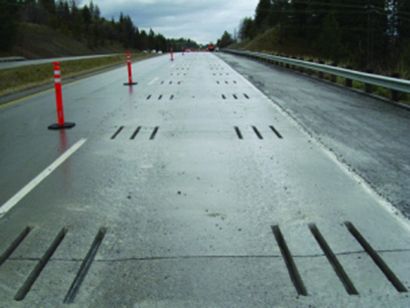 Dowel bar retrofit has been in use in the US for about three decades now. This technique provides for retrofitting dowel bars in a concrete pavement that was originally constructed as a non-dowel jointed pavement. Many of those retrofits have been in place for 20 plus years and performing well.

Without these pavements having received the DBR technique their expected life would have not been achieved and the need for reconstruction would have had to happened much sooner. This is a technique that has worked well and preserved many of our nation’s highways by an additional 20 to 30 years.

This same technique is being used on pavements that were built “with” dowels in the original construction but the dowels have since rusted or worn out. Either way the pavement has lost its ability to transfer load through the dowels at the joint by this problem can be fixed by retrofitting a new dowel in between the existing wore out dowels.